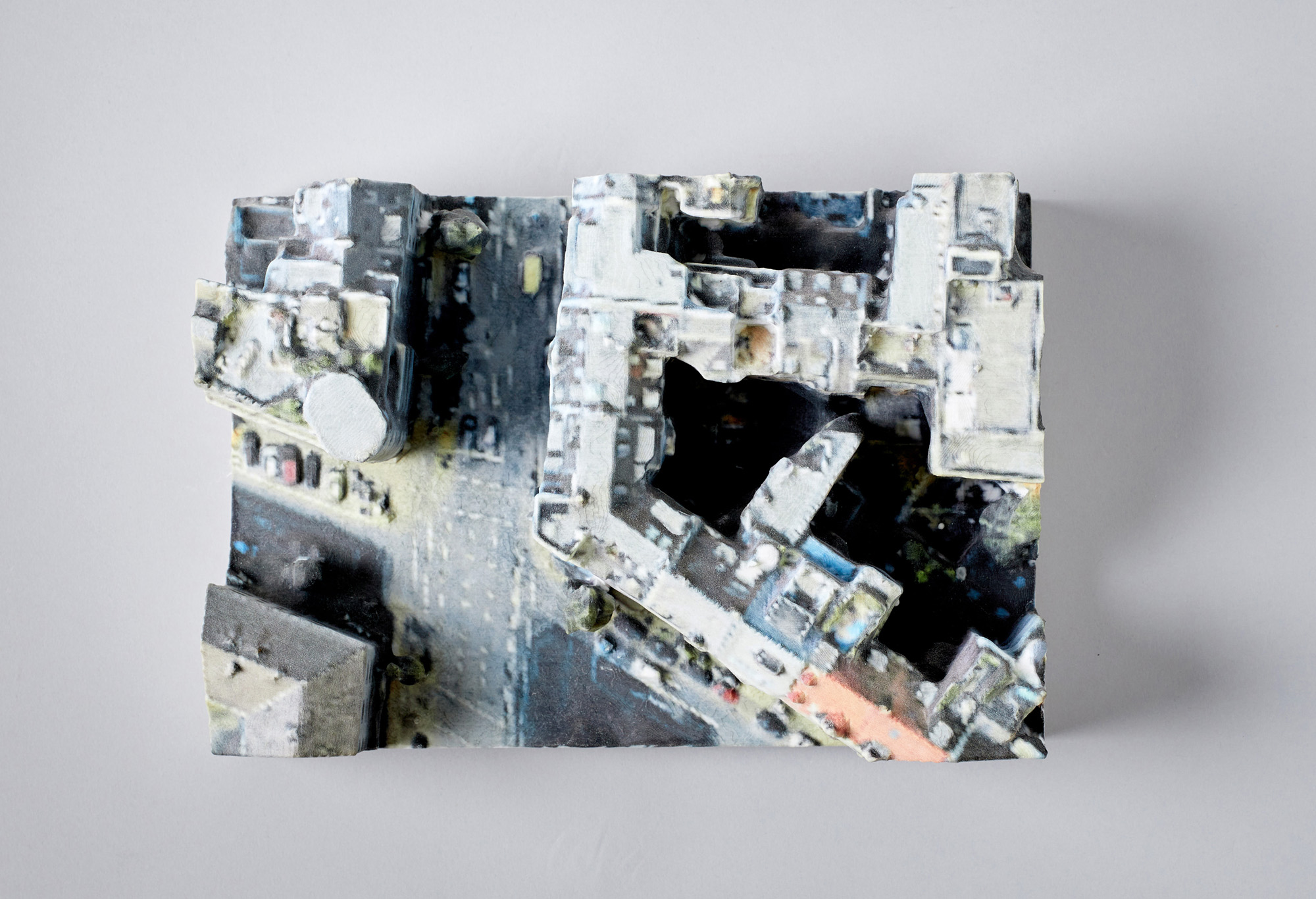 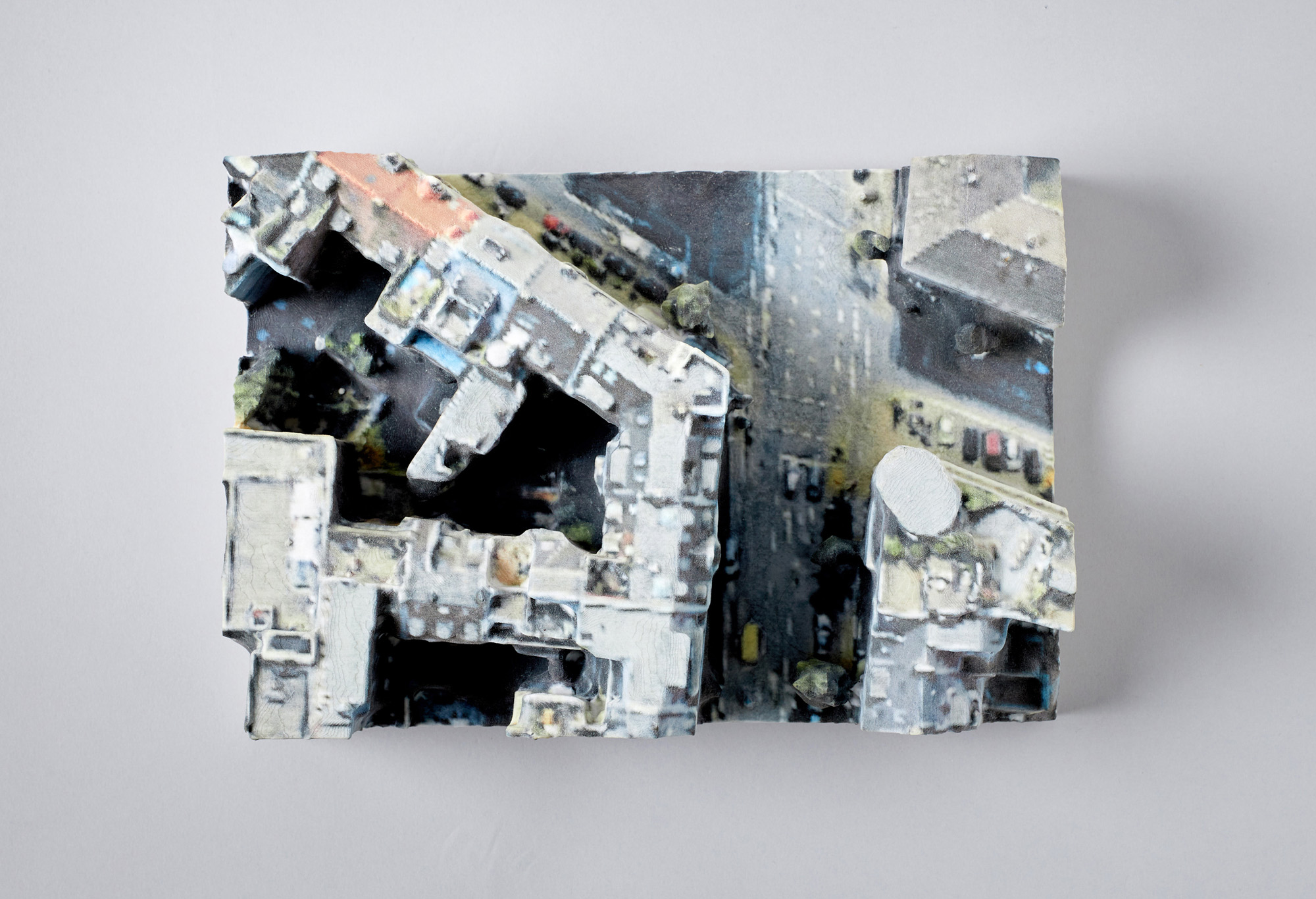 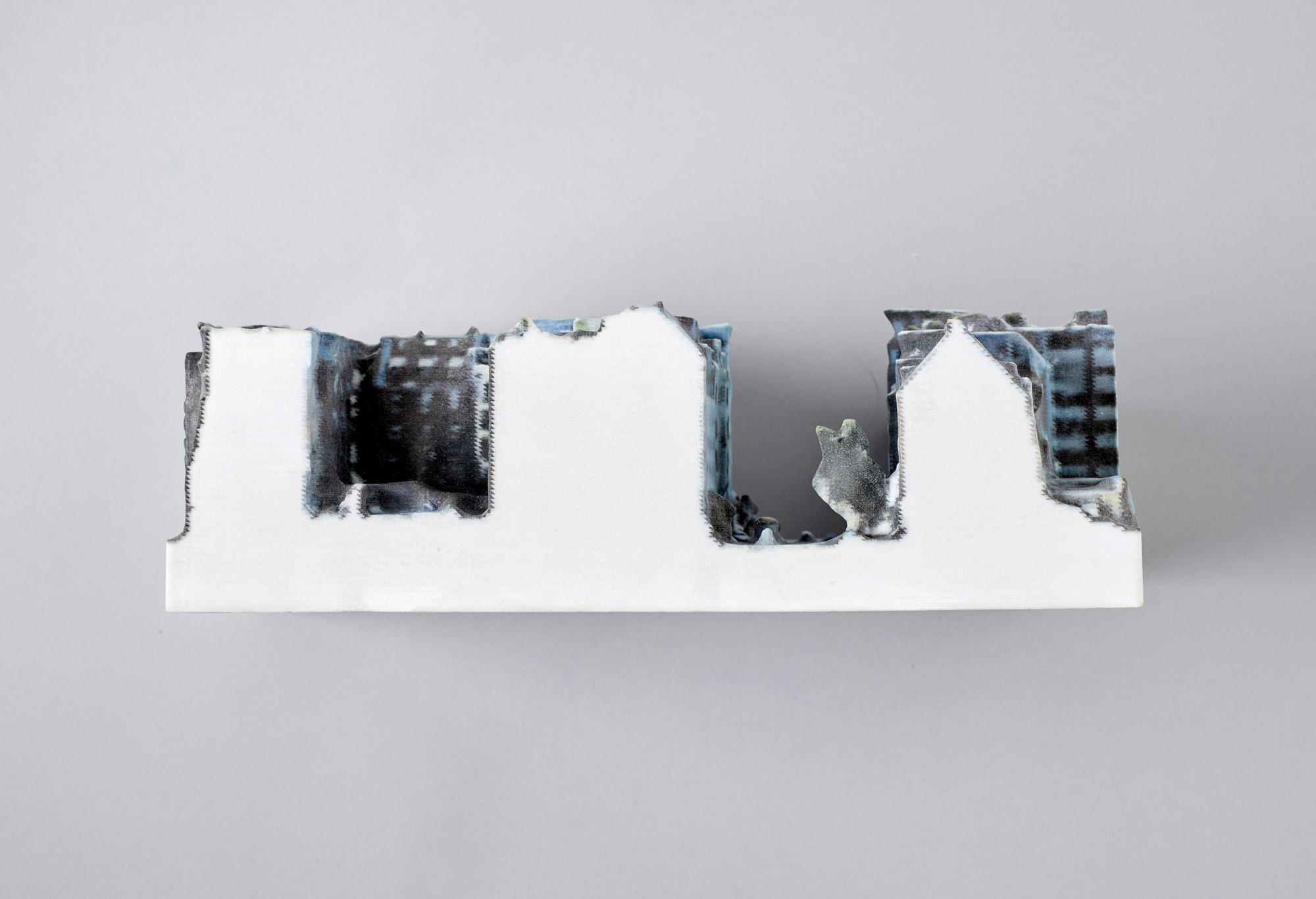 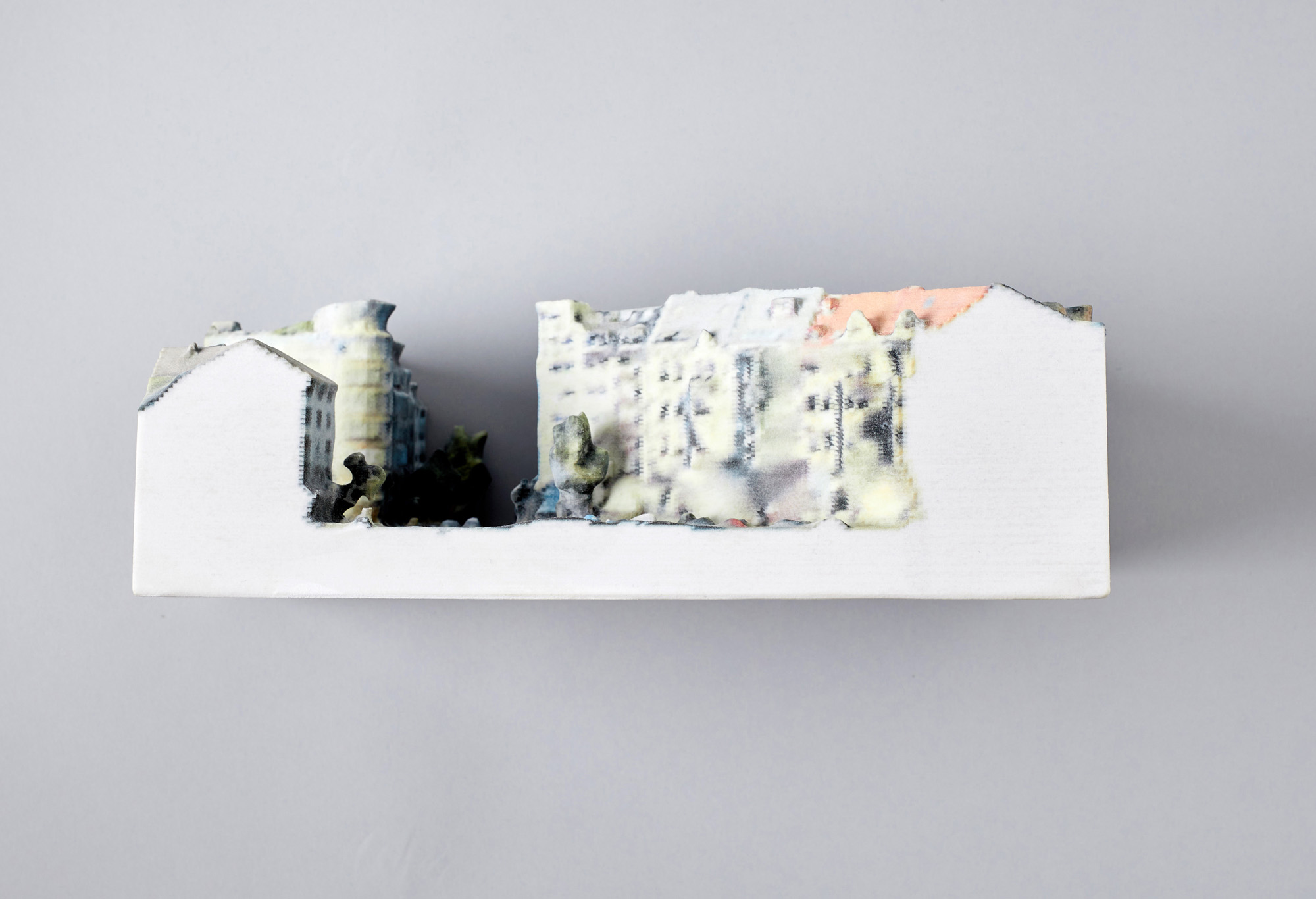 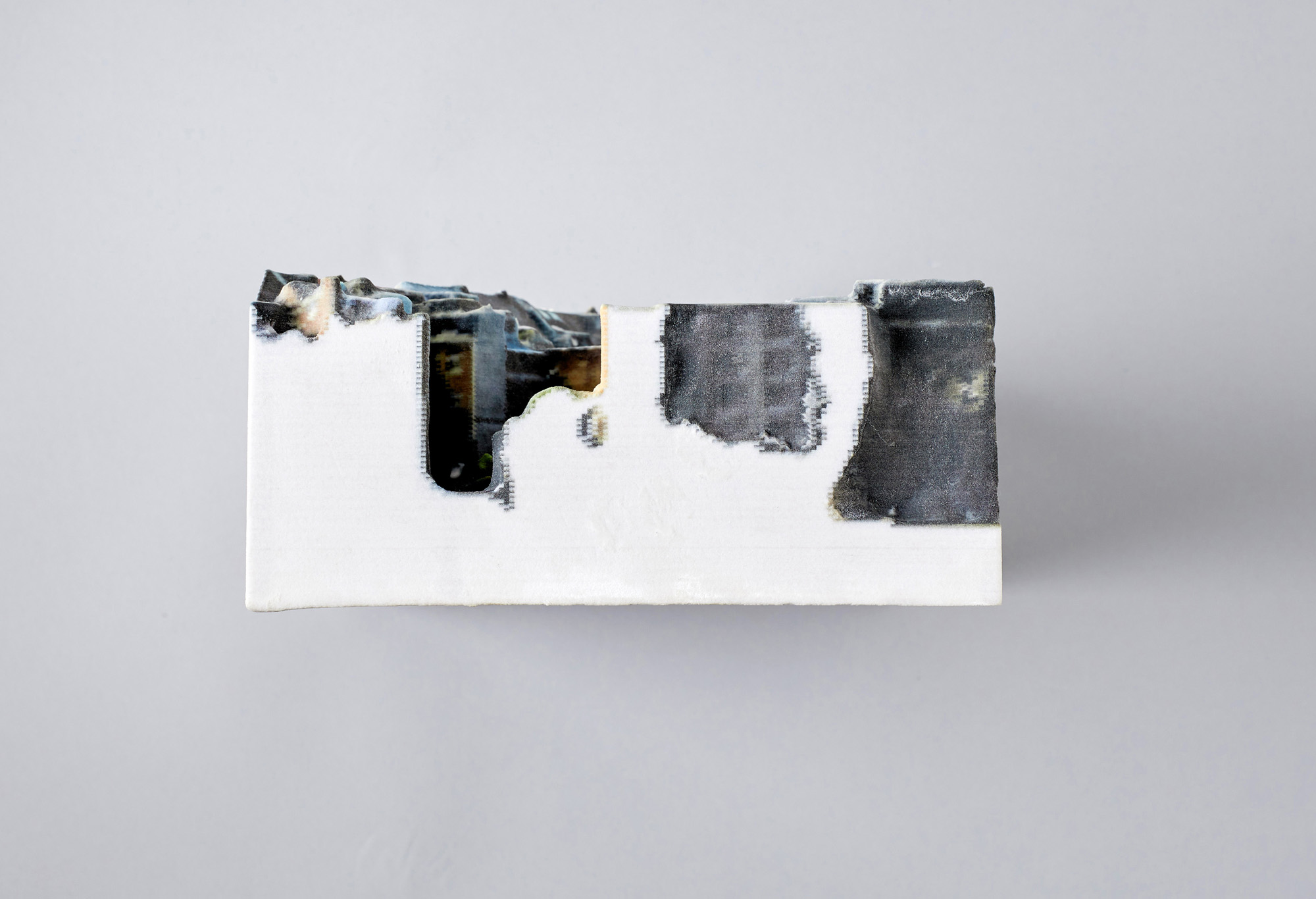 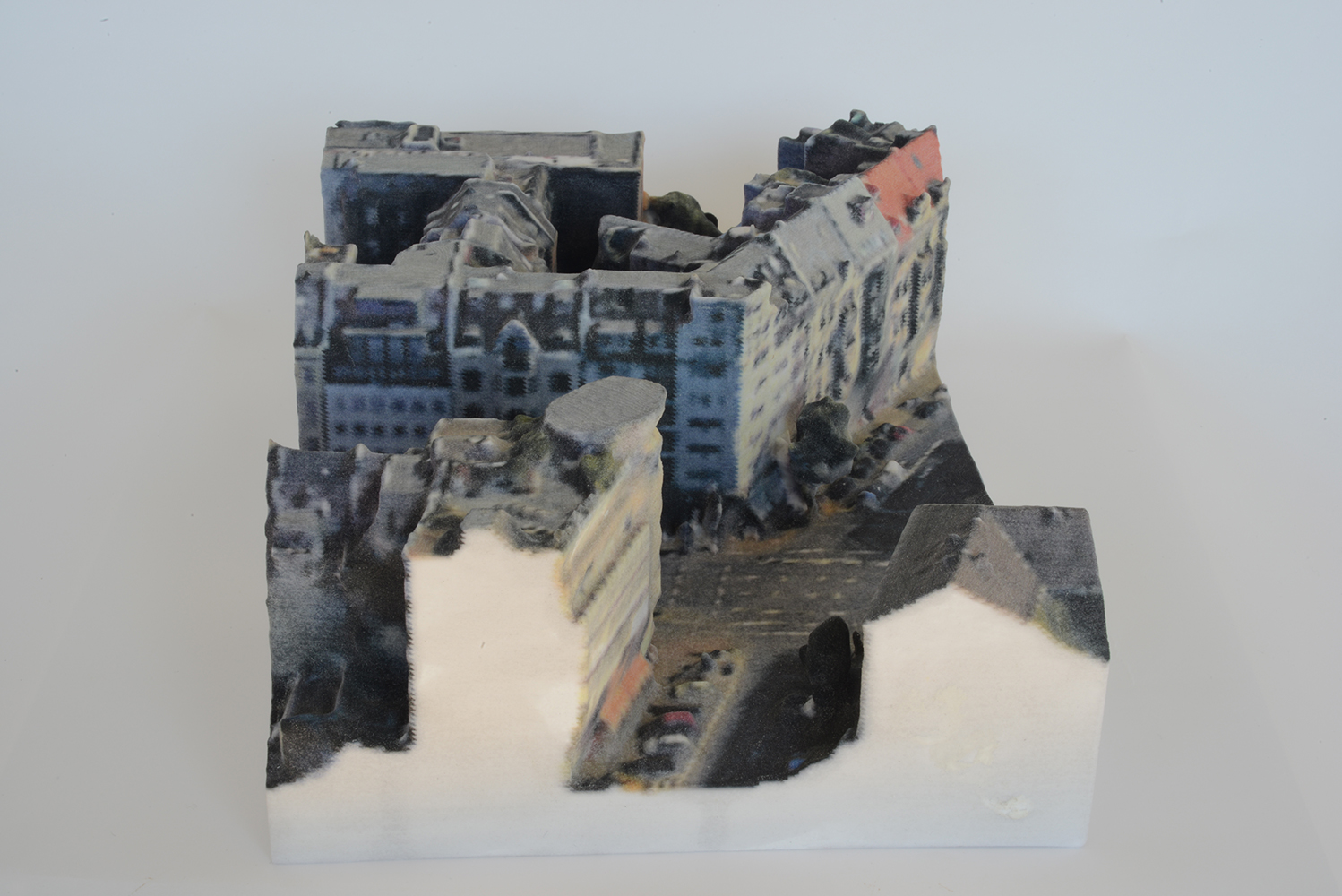 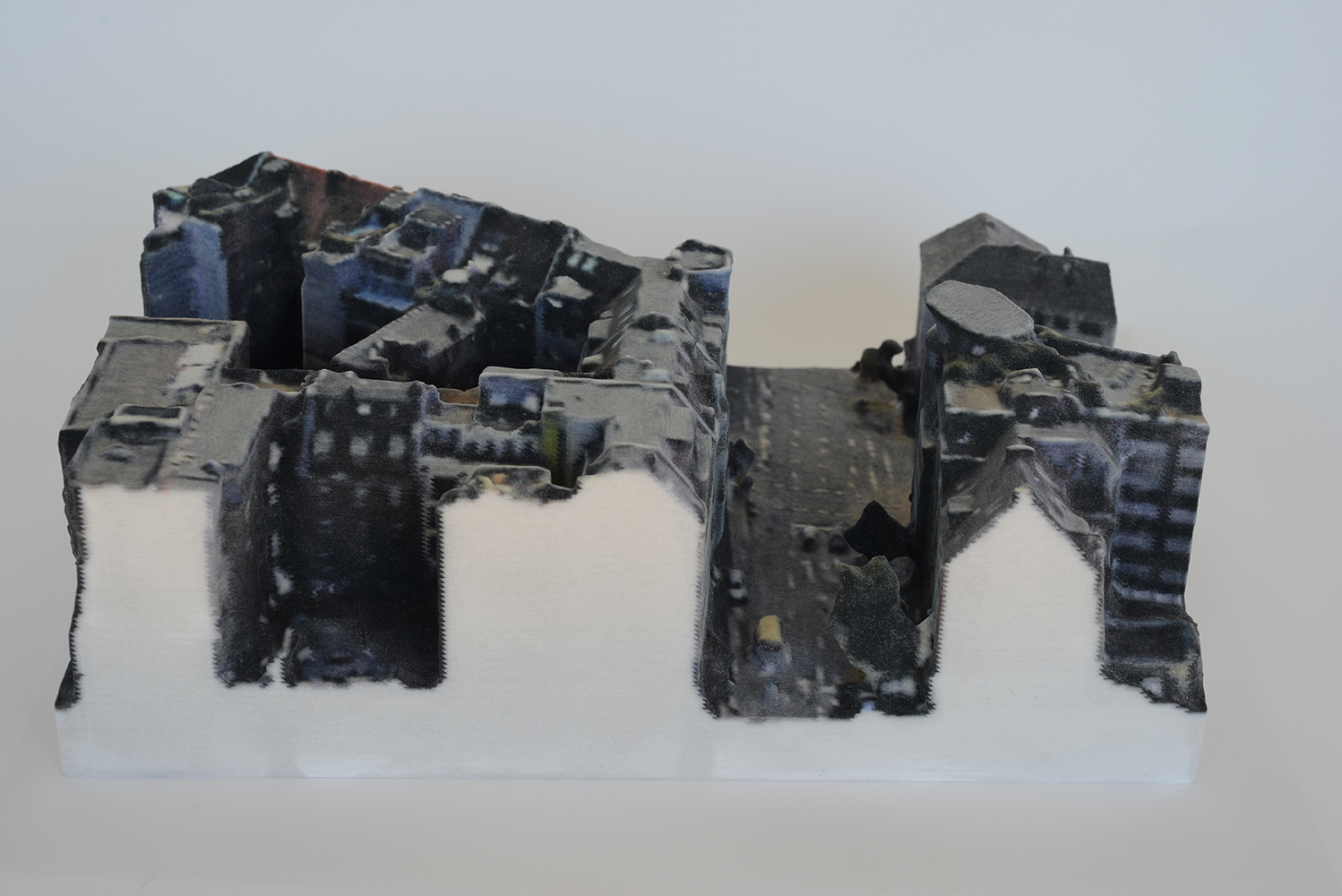 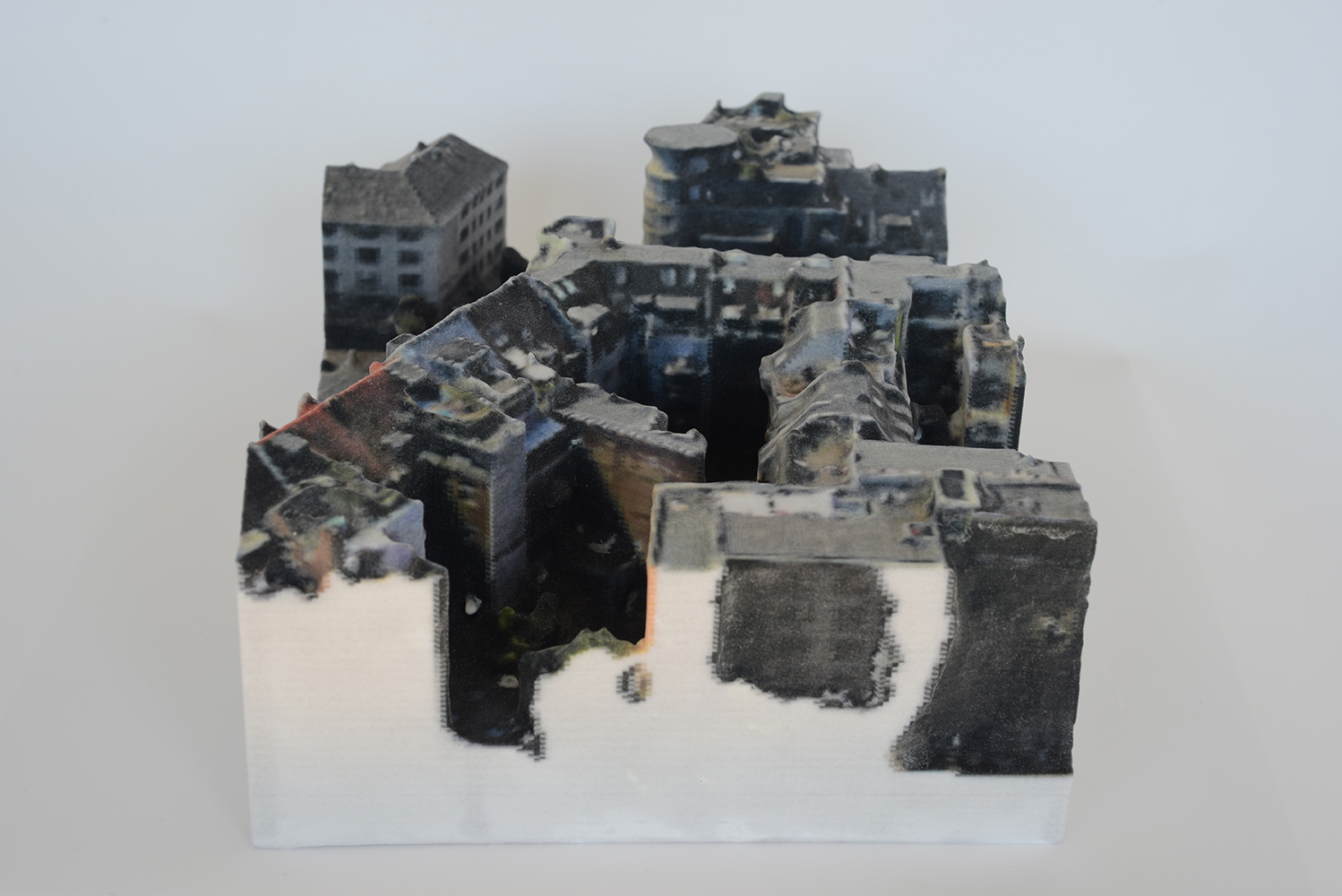 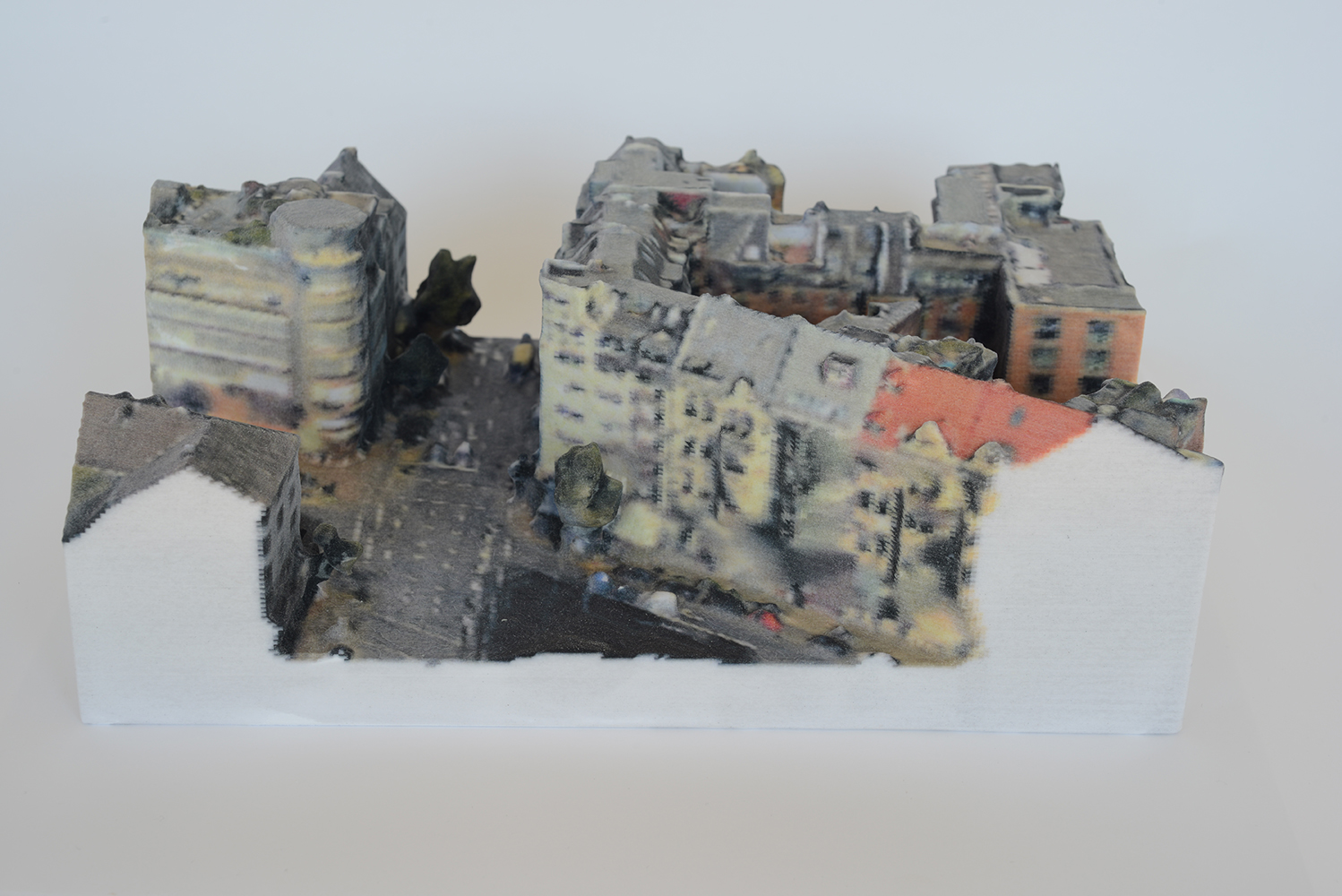 Achim Mohné‘s work, which was created especially for this exhibition, is location-specific: it shows a 3D-printed model of the specific location and urban environment of Galerie Falko Alexander, Venloer Str. 24, Cologne.

The scale model is based on a unique analogue-digital process in which Mohné, instead of photographing the real space, takes pictures directly in the Google Earth App, using virtual "camera drones". These take numerous "photos" from all sides of the selected location. Using computer based photogrammetry, a 3-dimensional, virtual, architectural model is rendered from these screenshots. This is then printed in 3D and displayed in the gallery. The 3D-model, when viewed from above and because of its photographed and 3D-printed color, strikingly resembles the underlying Google Earth satellite photos and at first glance appears to be a kind of "material photo" of the place itself.

Mohné‘s work, amongst that of others exhibited in Photon| Icon, deals with the relationship of a real place to its virtual representations; its avatars, both of which are brought together in the final work — the 3D-printed architectural model. Mohné‘s reference to the existing place gives the work a digital-referential, representational, "photographic" aspect, which is addressed not least by the numerous glitches that appear in the transformation of real space through images taken from Google App and by the photogrammetric application, against a media background.