Idiosyncrasy of the algorithm and new forms of perceiving art in public spaces – a collaboration with Peter Weibel ...

3D-Google-Earth-Model #7 of Peter Weibels land art piece "Die Erdkugel als Koffer" (The Globe as a Suitcase, 2004) at the Österreichischer Skulpturenpark in Premstätten: The video simulates a virtual drone flight around the sculpture, based on a three-dimensional model, rendered from Google Earth data by using a photogrammetric process. Idiosyncrasy of the algorithm and new forms of perceiving art in public spaces: The relationship between photography and sculpture dates back to the mediums`s invention, in the early 1930s. The series 3D-Google-Earth-Model, started in fall 2018, redefines this relationship with the help of post-photographic means, to venture new forms of viewing art in public space, through the use of satellite photography constructed as a virtual globe such as the already existing Apple Maps and Google Earth. It is the "imperfect" algorithm that gives the "accidental" 3D images their idiosyncrasy by merging the data of the geometric capture with the photographic means.

Weibel's sculpture "The globe as a suitcase" sees itself as a symbol of a mobile society that has now come to a standstill. Land Art, which lives from the space-time relationship, is re-read by virtual space: space, time, distance, proximity are shifted. Google Earth allows us to approach landscapes from a distance, but with deductions: "3D-Google Earth Model #7" reflects the glitches, the absurd appearing deformations and the "simplified language" of the algorithm: abysses, missing paths, flying trees. Where, if not in the suitcase of the globe, is the missing data stored to complete our idea of reality ? And who holds the handl ? 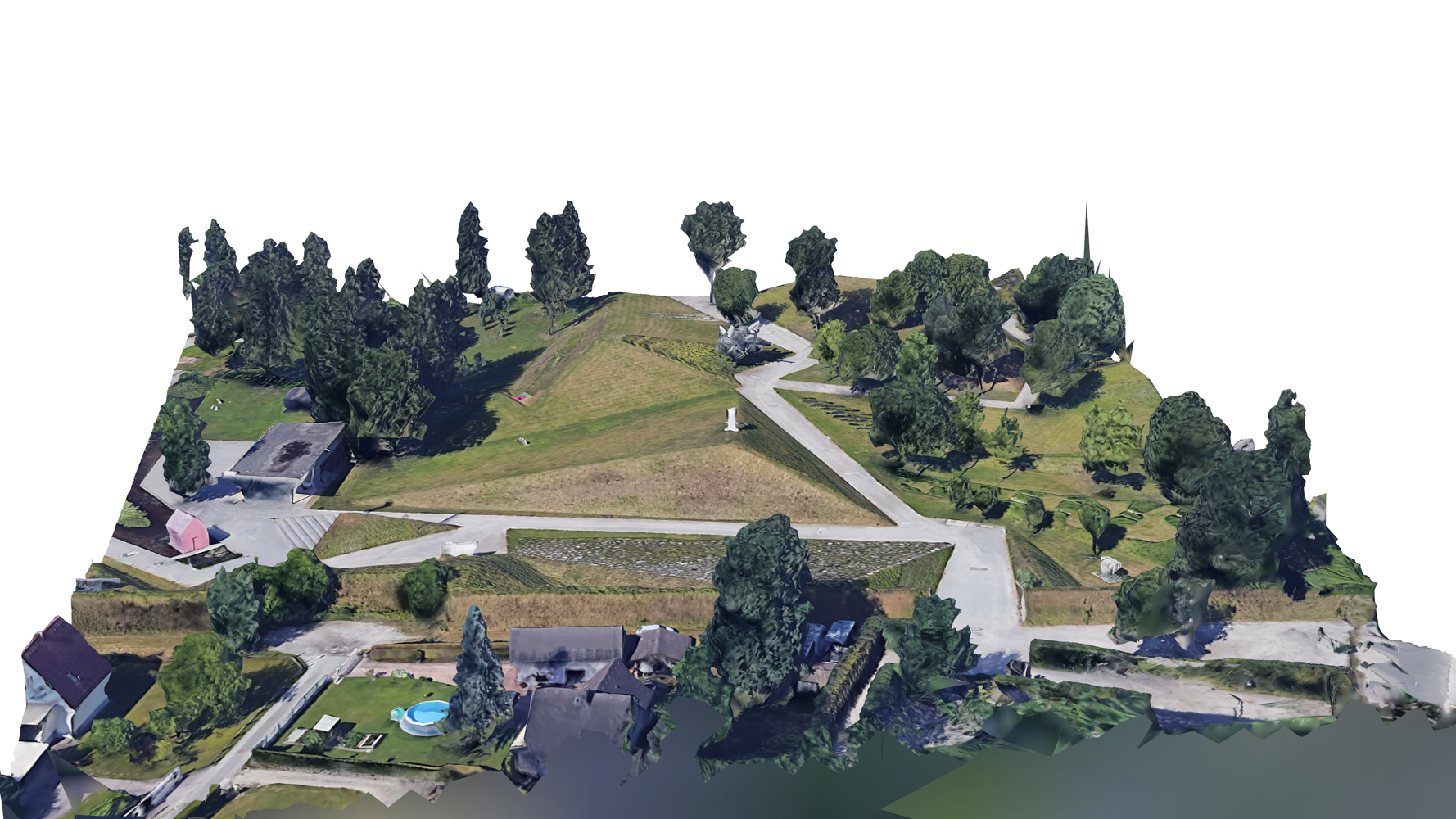 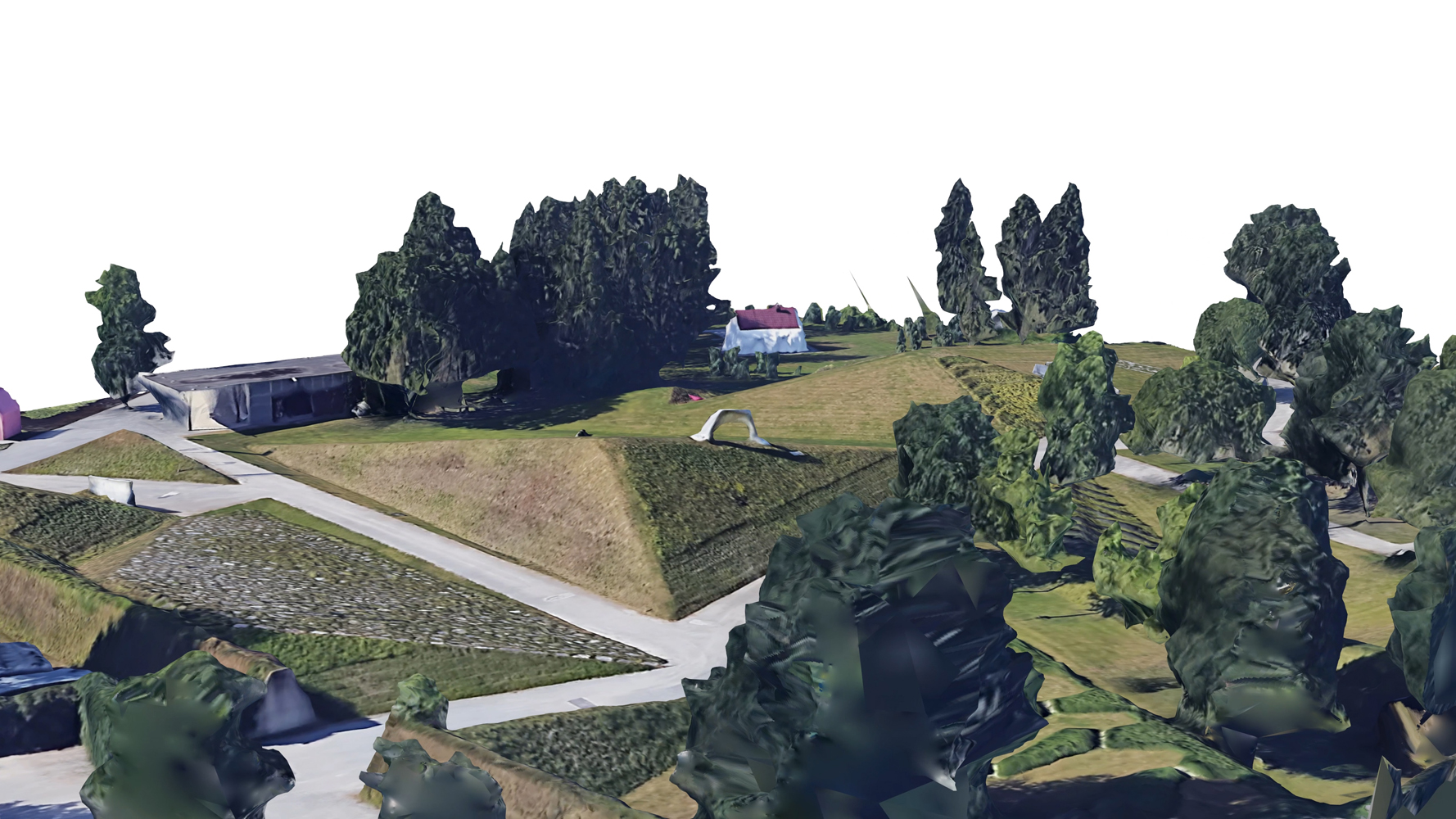 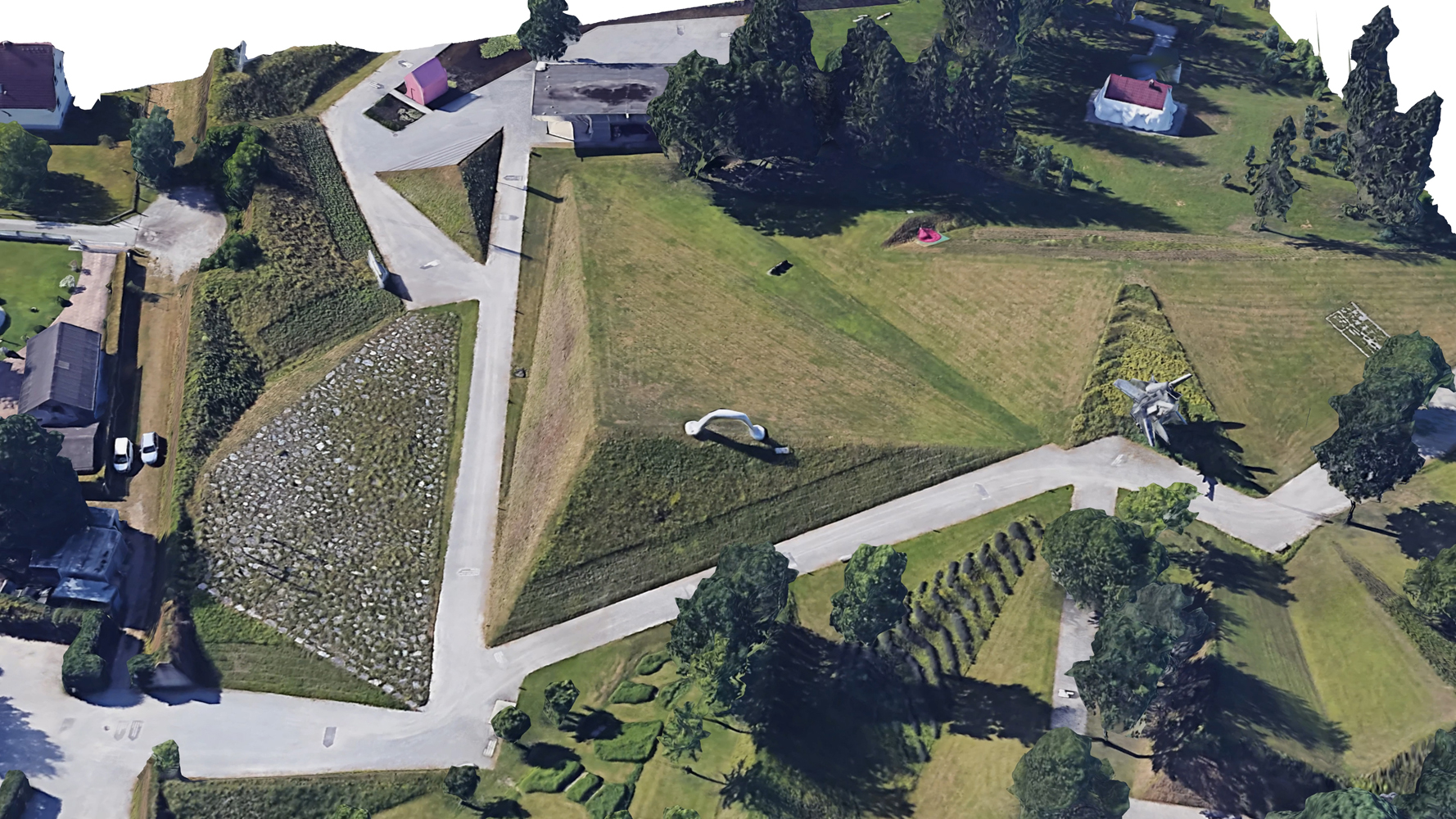 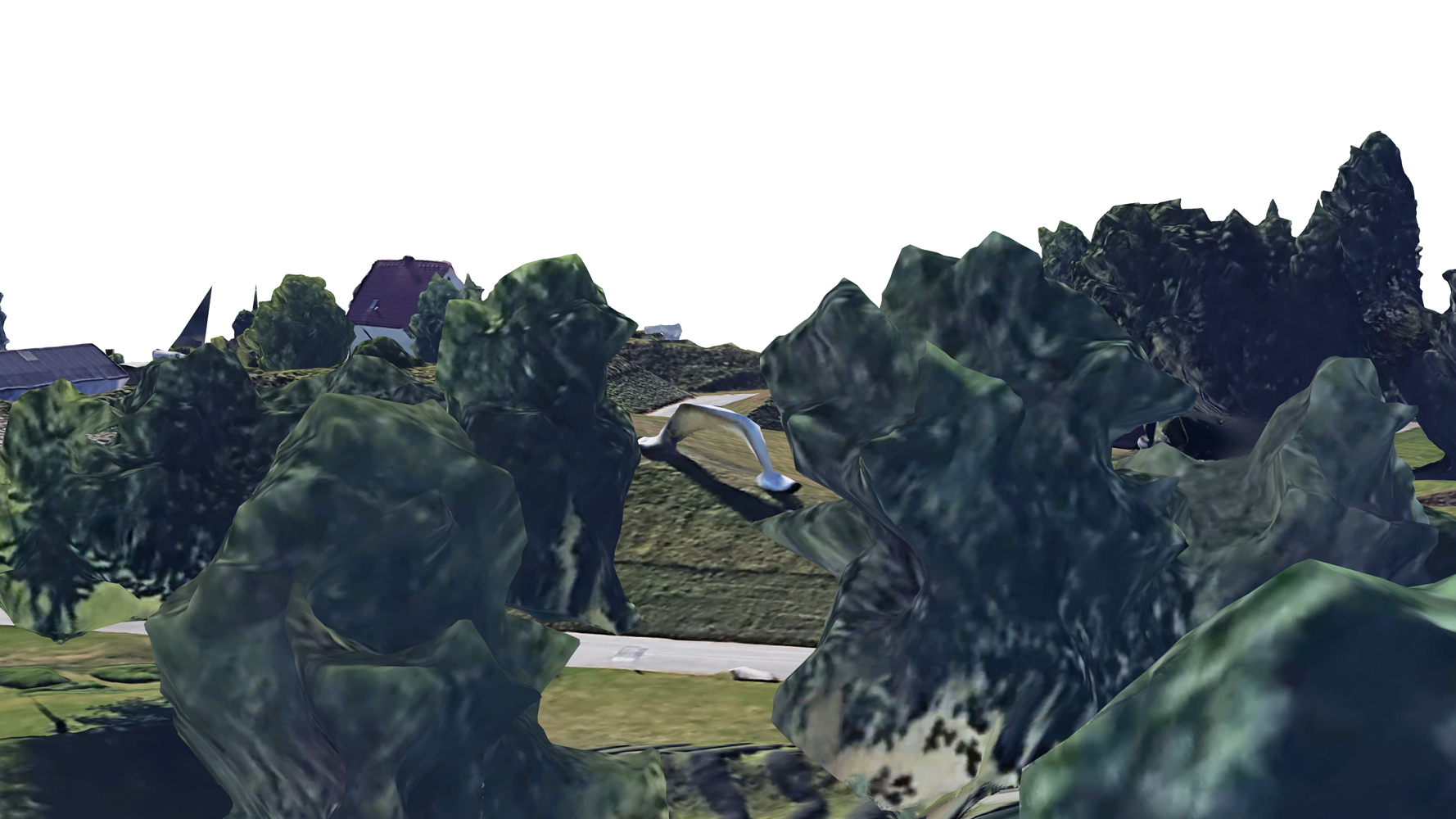 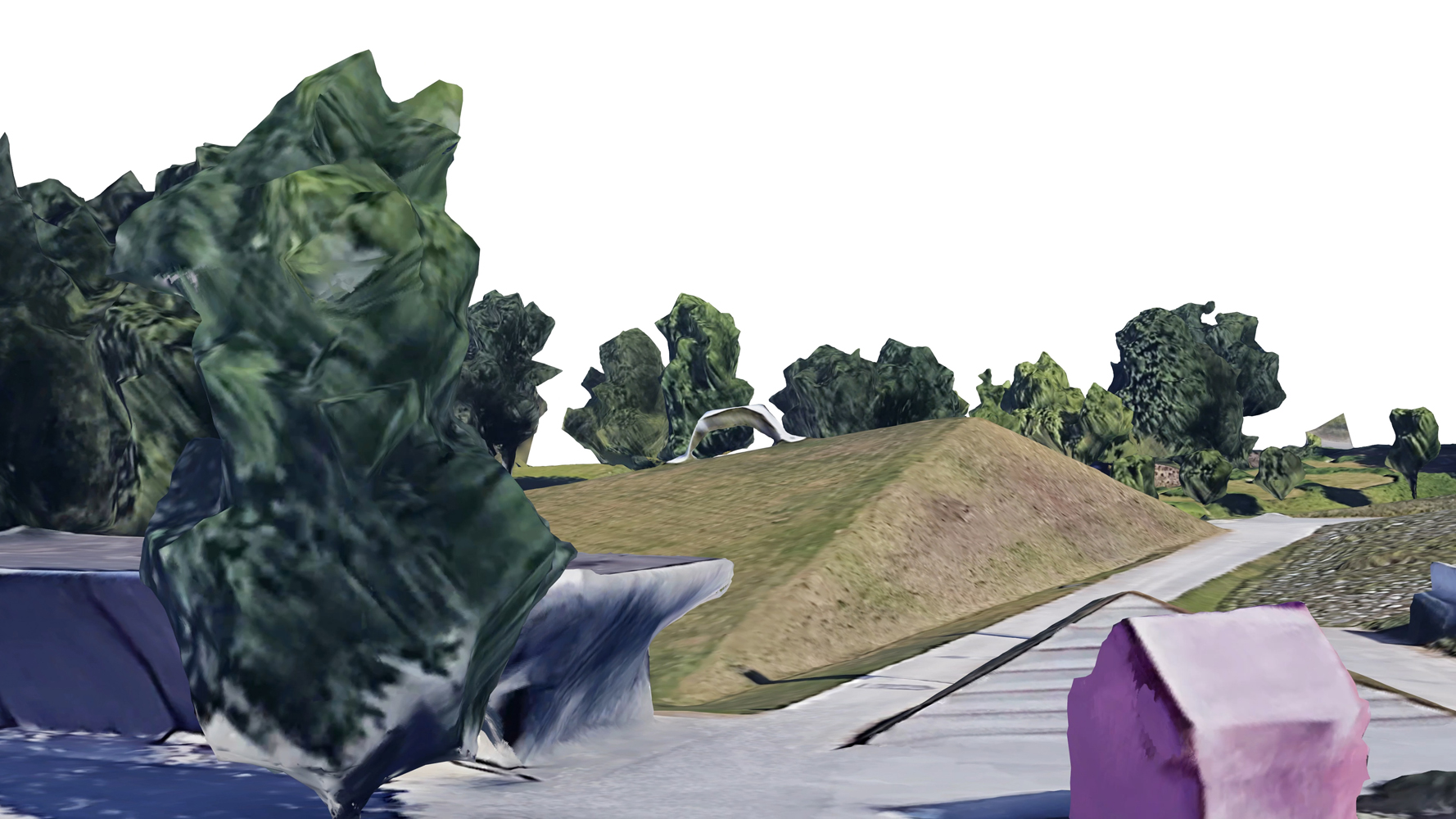 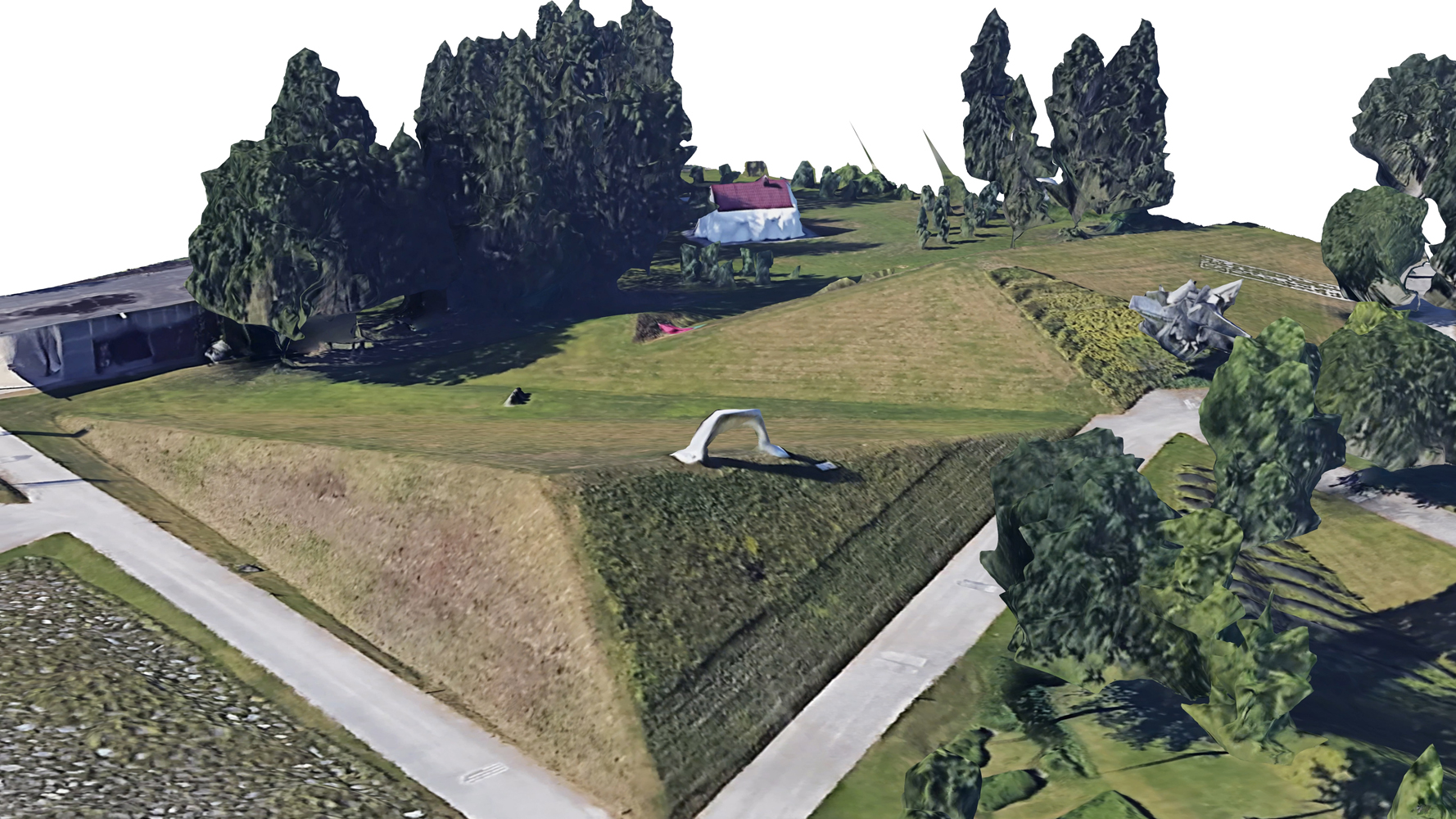 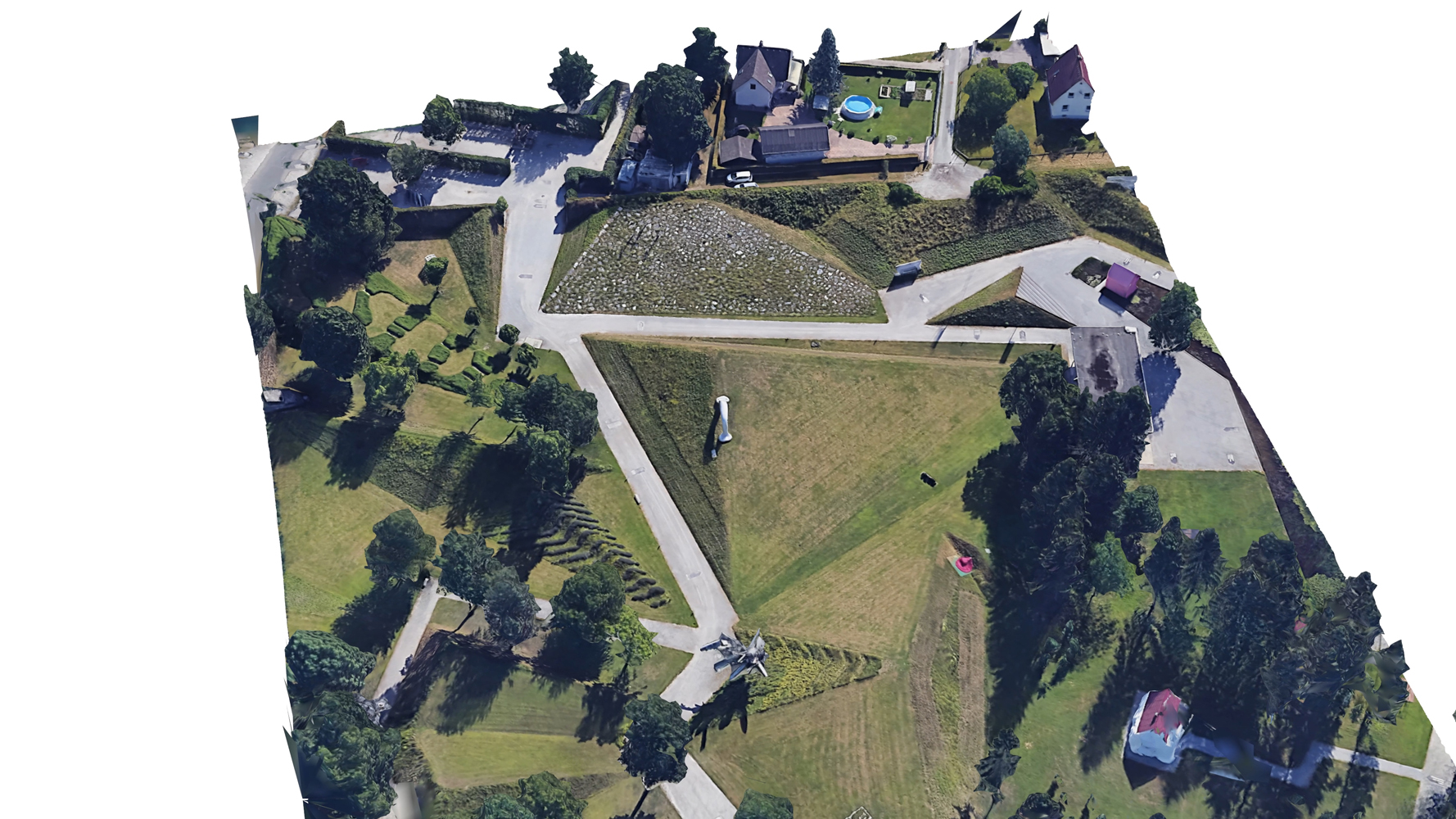